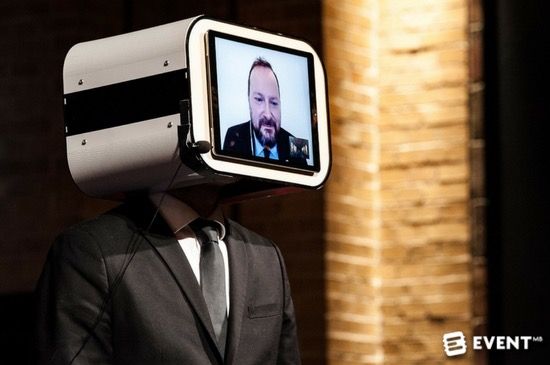 You could argue that telepresence robots work and don’t need replacing. That may be true, however, a disembodied head on a stick is not the most engaging of things to watch on a stage.

A giant projected talking head isn’t much better. When Stefan is on stage, dressed as Steve, he can move around the stage gesturing and gesticulating just like a real human. It’s almost as good as having the speaker there on stage. In some cases, thanks to the novelty factor, it might even be better than the real thing!

How can Flock take your event to the next level? Book a demo to find out.